3D bowling in space. The main challenge was the implementation of the scoring system compliant with official ten-pin bowling rules. Personal project. 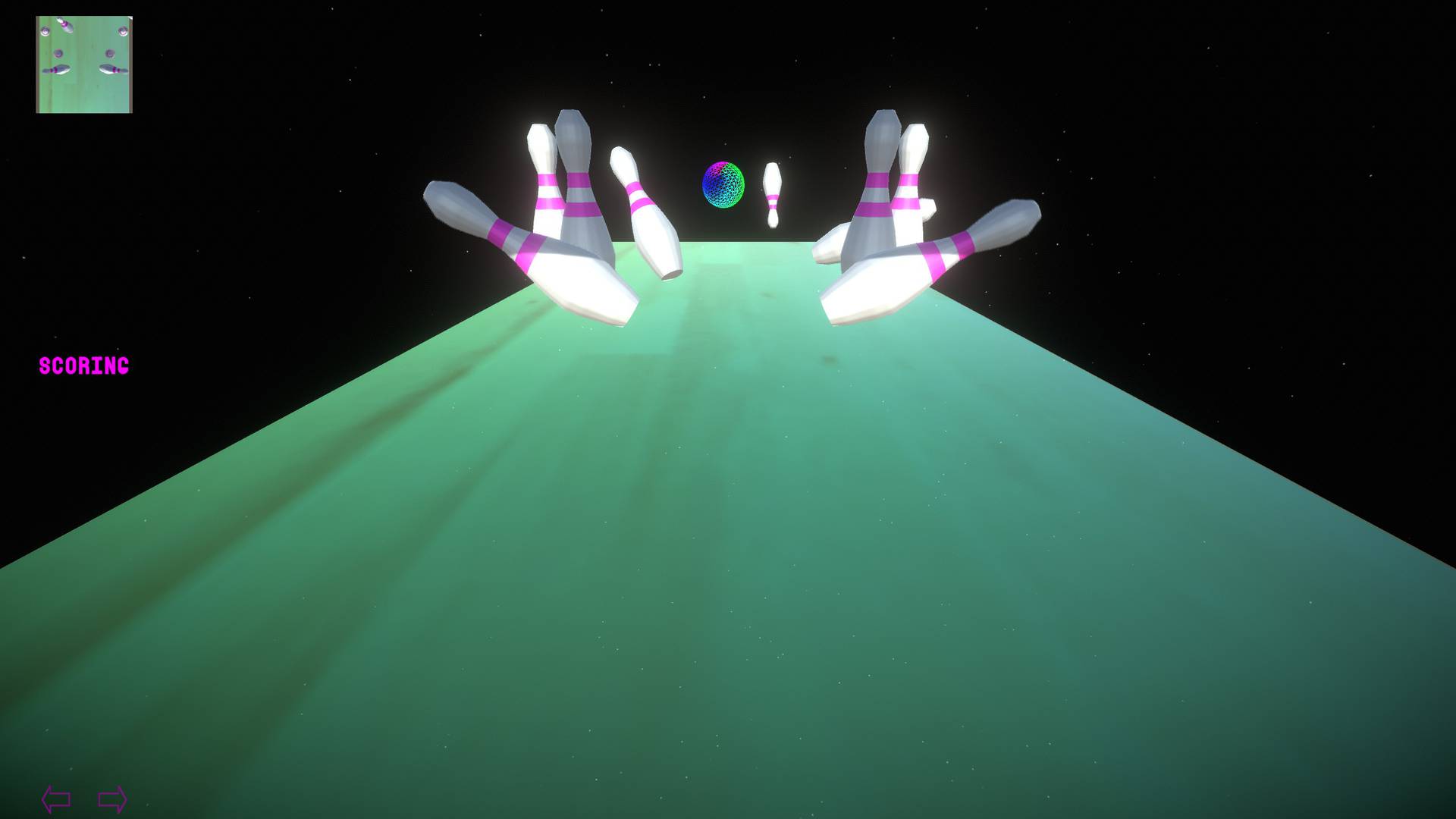 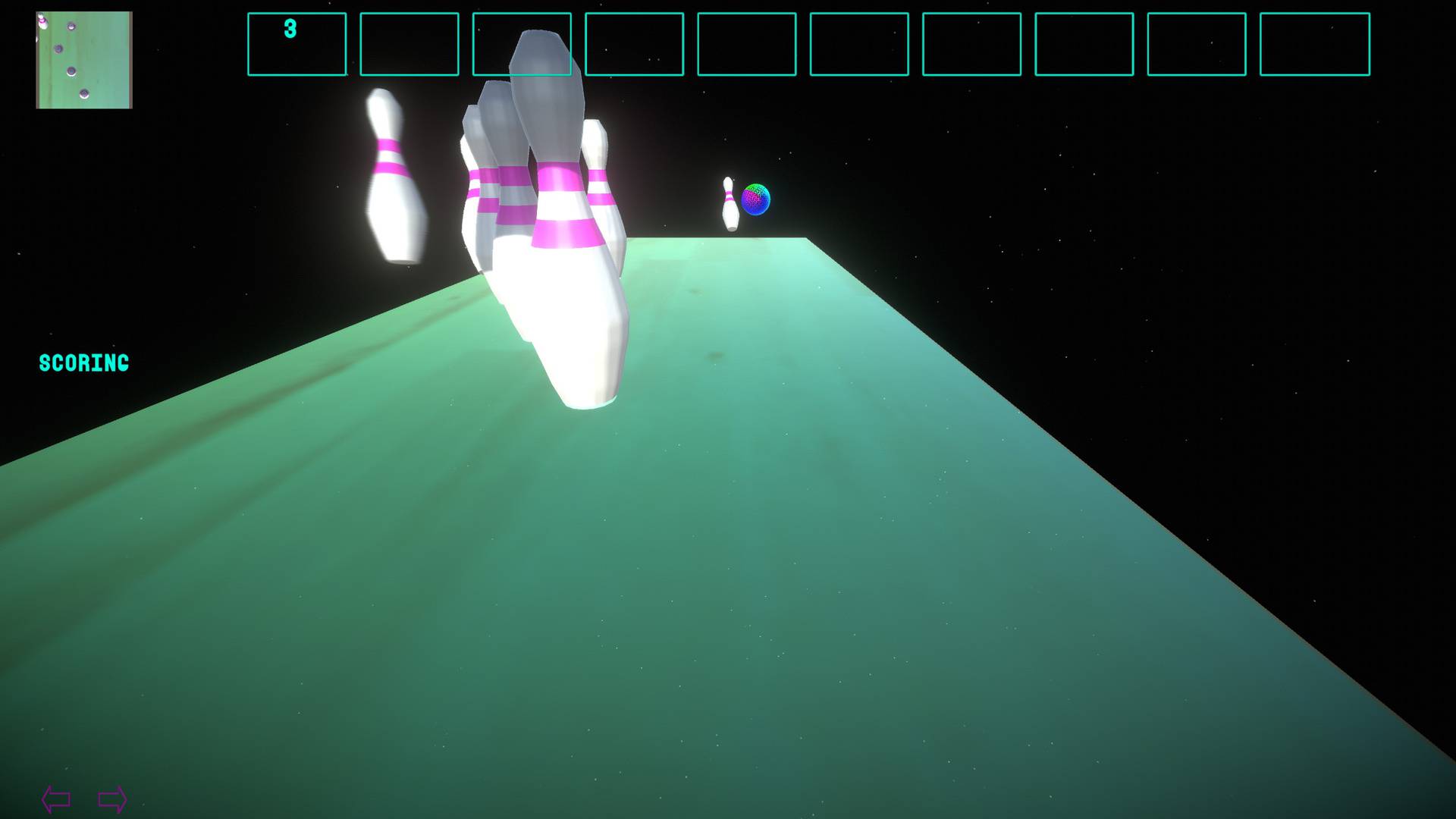 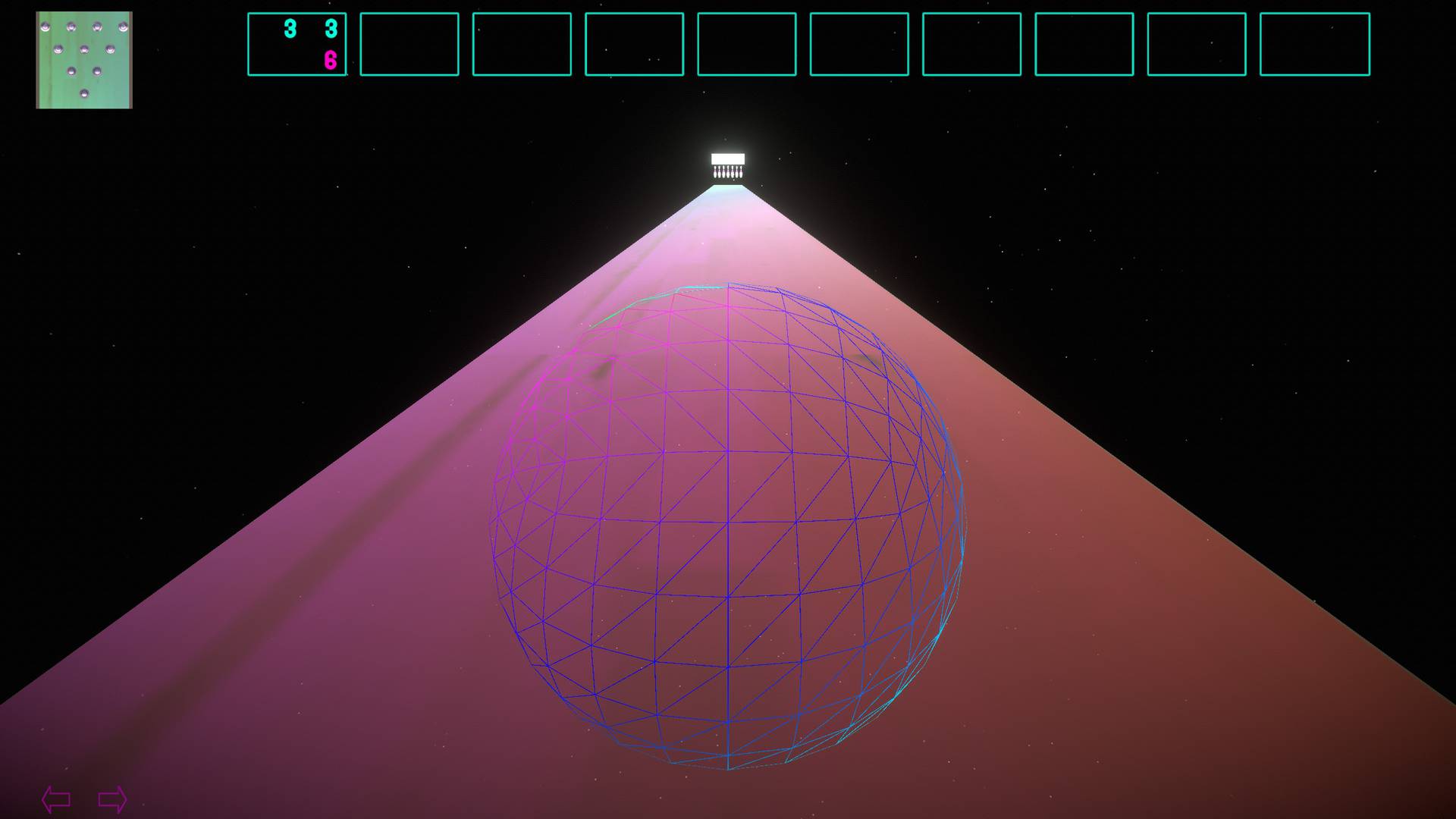 …the second ball adds to a frame score. 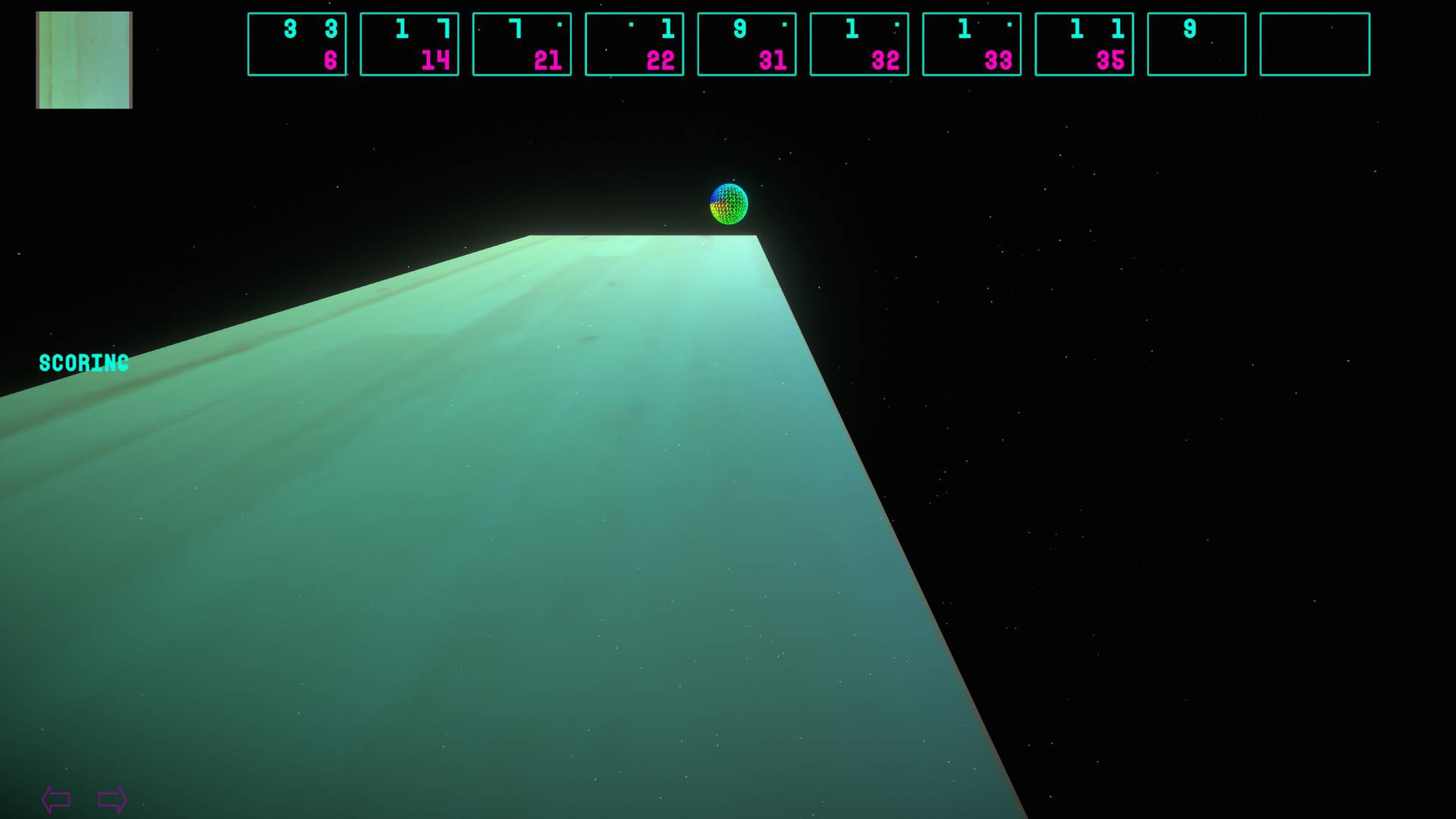 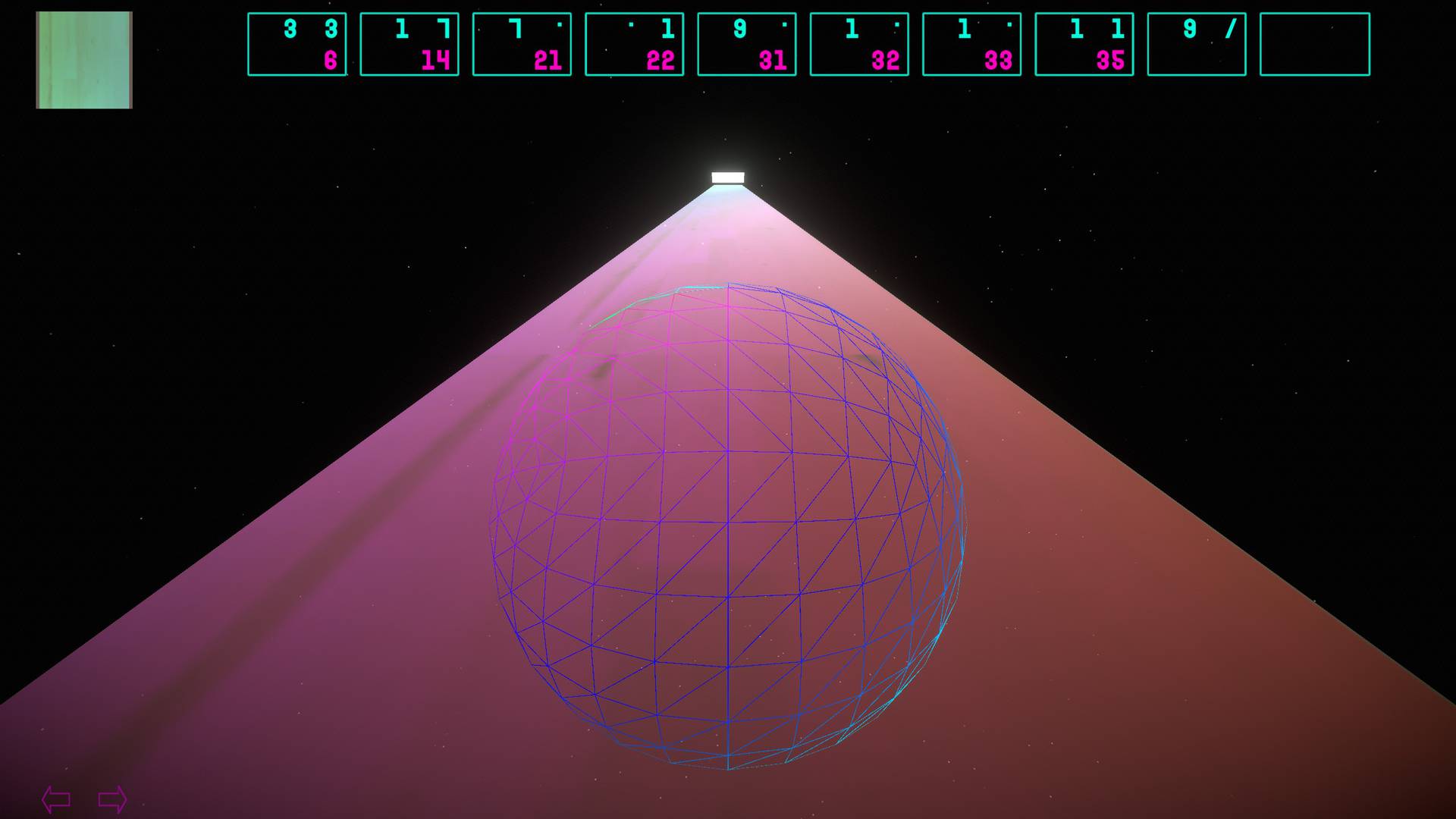 …which adds up to a spare. 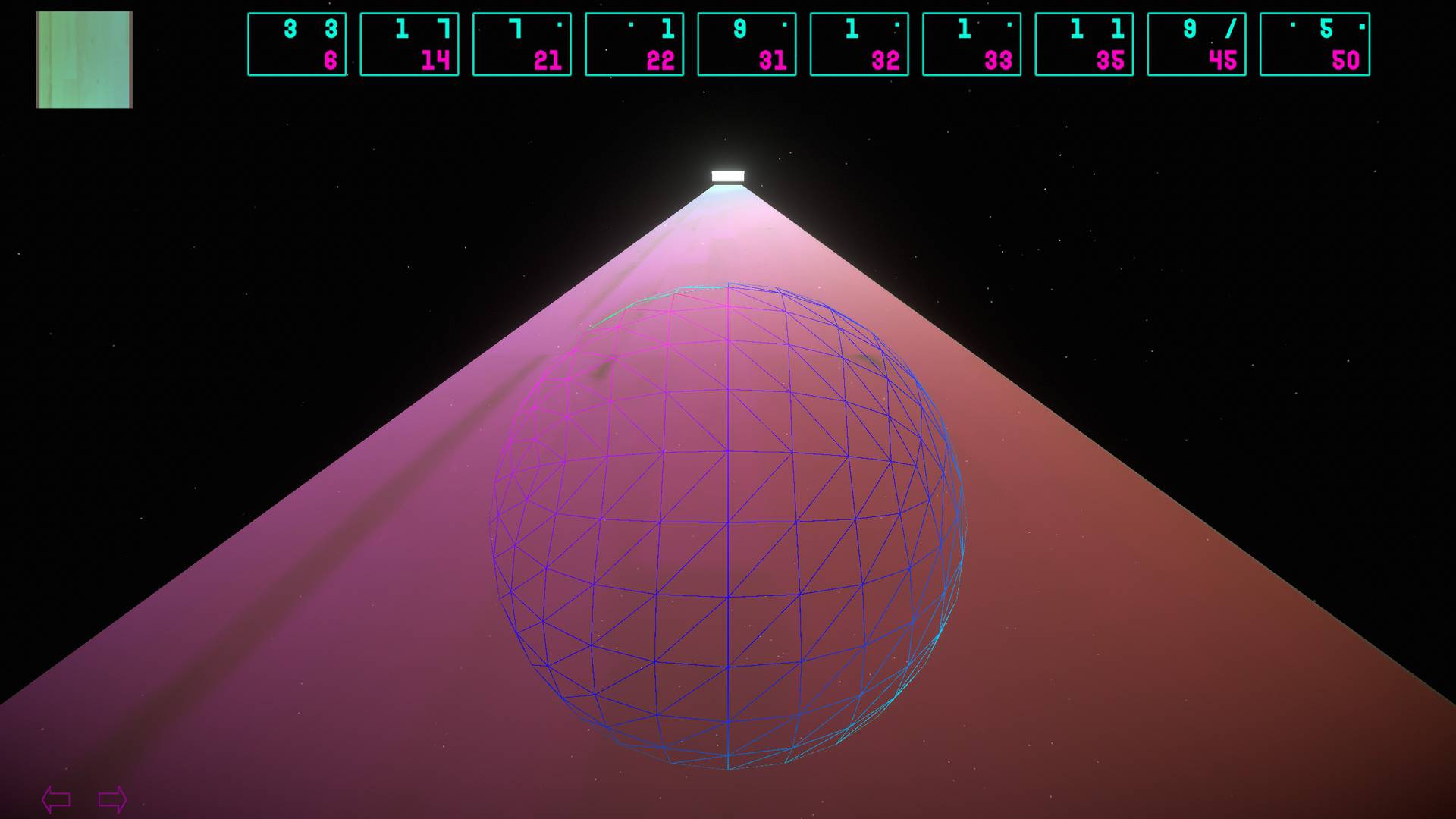 The last frame is special. Had we managed to bowl a strike or spare with the first two balls, a bonus ball would have been rewarded.